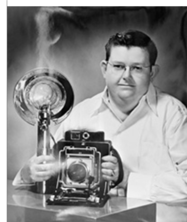 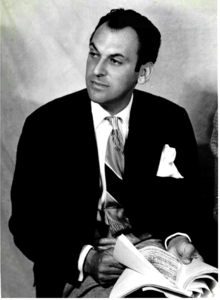 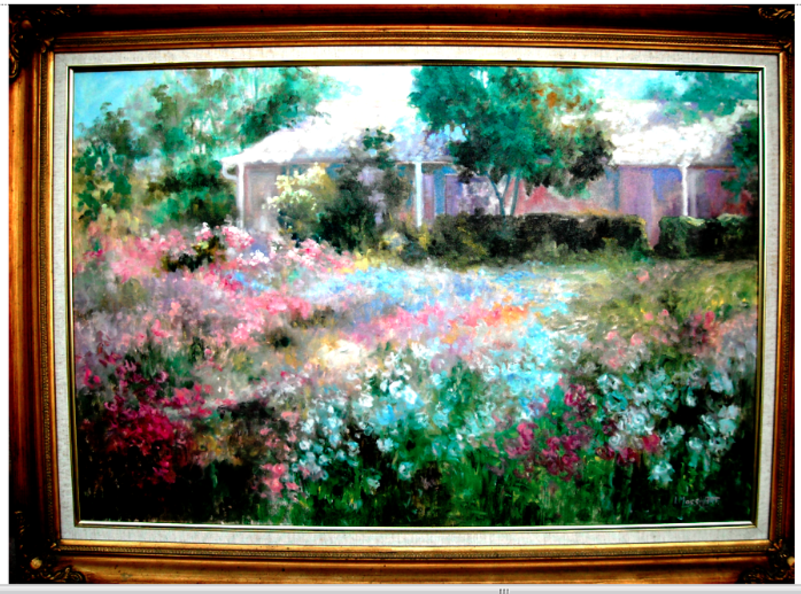 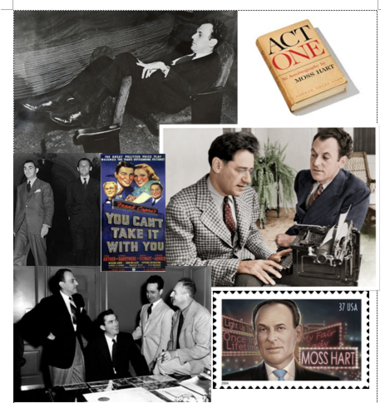 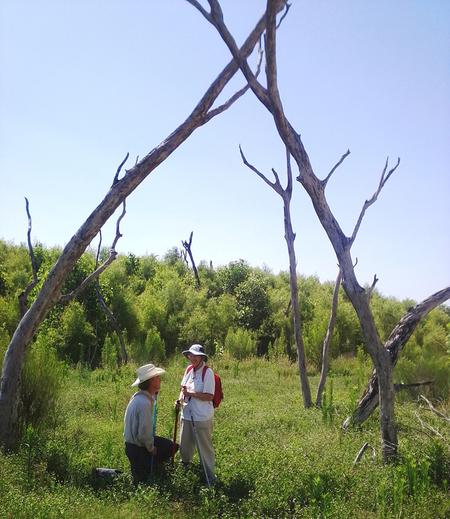 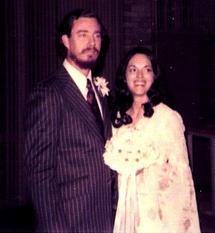 She was divorced and had

three kids.  One of her sons

was good friends with one

of his.  He called her one

night and it happened to be

her birthday.  He said,

"I told her we could go to a

movie and later go have

a cup of coffee.  We were

it has been about 39 years

and it gets better every year."

Again, it is the Tom and Judy show.

said she would let me know! She did like the Church I picked

to re-new our vows.  Believe-It-or-Not, we are standing on the

"Thirty-nine years later, she is still as wonderful and beautiful as the day I met her. When
we married I did not have much of a job.  I really I did not want a job.  I was not looking for
a job.  I would not have taken a real job if it had been offered.  So one day I asked her to
quit her teaching job. I said, take out your teacher retirement.  We will live on that for a
while.  We can become Gypsies.  We will buy junk and sell antiques or we will buy antiques
and sell junk. We will be the King and Queen of the flea market trade.  It was a blast.
When we were in the Hypnosis business I had two different radio talk shows. One was
KONO and I do not recall the other.  They were short lived.  There is another book.  Judy
would sit in the studio as I took calls and answered questions.  I told her one day
that I wanted her to speak up and say something.  I told her we could call it the Tom
and Judy Show.  That is where that phrase came from.  She said, "no."  I tricked her one
day and it seems after that, I could not get her to shut up.  No!  Just kidding.  Again, we
had a blast."

1965 Treasure Found.  On their first weekend treasure hunt to the Gulf Coast,
Captain Charles Snyder, Sergeant Tapson, and Lt. Ray, used a two dollar
treasure map of Padre Island, Texas to find the treasure. The map was
purchased from an ad in a magazine.  Their first time out, they found
approximately 30 silver Spanish Reales.  The treasure came from silver
laden ships wrecked off the coast of Padre Island in April of 1554. The
ships were on their way back to Spain from the New World.  That
weekend led to many more visits to the island and the finding of over
150 Spanish reales.  One coin was the rarest of them all.  It was a three
reale. At the time, it was worth $15,000.  As novice treasure hunters, they
did not realize what they had.  They sold it for $30 to Norman Brock, a
book and coin dealer in San Antonio.  Ray said,

"We sold our treasure to Norman, thinking that we could always

go to Padre Island and pick up more.  After all those years, I think

I have one left around here somewhere."

Tom found National Treasure at a garage sale.  Because Tom likes to collect paper and old documents, for $1, he purchased a sack of trash from a garage sale near Ft. Sam Houston in San Antonio, Texas.  The sack of trash contained a lot of old orders, envelopes and three hand-drawn maps drawn on rice paper.  The maps' legend indicated that the maps were produced  in an American Prisoner of War camp in Manchuria.   Those three maps showed the burial locations, names, rank, unit numbers of many of our WW II fallen GIs from the Bataan Death March, Corregidor and Ft. Hughes.  Copies of the maps were provided

to the United States Military Graves and Registration service in Hawaii.

Tom's days of being a gypsy, buying and selling junk, produced a rare find for the heavy cost of one quarter.  While rummaging around in a rundown junk store laundromat, on Zarzamora street in San Antonio,  Tom's love for old books paid off.  Inside a book, glued to the front cover, about President Woodrow Wilson, were four letters.  One letter typed, hand corrected and signed by President Wilson, one letter typed, hand corrected and signed by William Jennings Bryan, the monkey trial lawyer, one letter signed by the author of the book and one letter signed by the man that nominated President Wilson. The book was very rough and was not a first edition.  Tom had not noticed the letters on the day he purchased the book.  That came later by accident. Tom says,

"Junk stores and the trash at estate

sales are where  the real treasures

can be found. I found in the trash of

the estate sale of Jimmie Dodd,

deceased, a onetime official
photographer for the King Ranch in

with his initials engraved inside. I

wear it now as my own.  Jimmie

the negatives in a non-descript box

Jimmie Dodd was born in Houston, Texas. In 1917, he took up photography as a hobby. Dodd purchased a used Auto Graflex camera with a $250 loan from King Ranch president Robert Kleberg Jr., who allowed Jimmie to pay off the loan by taking photographs at the King Ranch. From the 1930s through the 1950s, he photographed the Kleberg family, King Ranch employees, and the daily activities of ranching life. Dodd was able to photograph famous visitors to the ranch, such as Nelson Rockefeller, Zachary Scott, Joan Crawford, and Jack Dempsey.

Dodd also ran a photographic studio in Kingsville, Texas, and documented the social, cultural, political, civic, and economic life of South Texas. His photographs appeared in local newspapers such as the Kingsville Alert, the Alice Daily Echo, and the Corpus Christi Caller-Times. He captured images from the 1947 Texas City disaster (a devastating chain of explosions and fires in the port at Texas City), the opening of Houston's Shamrock Hotel, PGA tour events in Texas, the Missouri Pacific Railroad of South Texas, and the Kingsville Naval Air Station.  The Briscoe Center acquired Dodd's photographic archive in 1983.

San Antonio, Texas and treasure hunter Tom Ray welcomes I Moss Hart, one of Broadway's most famous and successful playwrights, director and Broadway creator.  While looking for a special size frame for a painting by a friend, in a Goodwill store

in San Antonio, Tom looked down at an unusual, colorful painting and saw the monogram, I. Moss Hart.  He asked his wife to look up the name on her mobile phone.  Google produced the second lead to a rare treasure that the art world did not know existed.

The art work is thought to be one of only two paintings produced by Moss Hart. Tom, just by the design of the Master Painter

Gods, has both of Harts only known paintings.  Hart was not known by his children to have actually painted on canvas. Research proved that they were too young when he passed. His wife Kitty Carlisle knew, but was not known to ever have spoken publicly of his paintings.

Famous as a Broadway playwright and director,
Hart's hits include You Can't Take It With You
and The Man Who Came to Dinner, and he
directed Camelot. The list goes on.  Some of
his collaborators and friends include Cole Porter,
Irving Berlin, George Kaufman, and Ira Gershwin.
His 1959 autobiography, Act One, painted him to
be in awe of the theater and in love with his life in
New York. 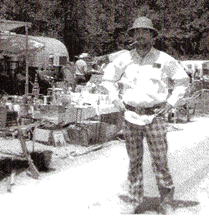 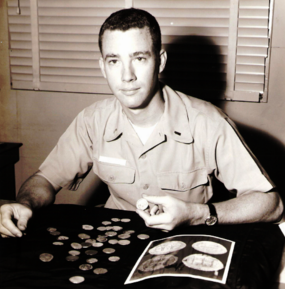 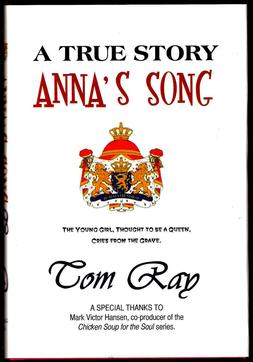 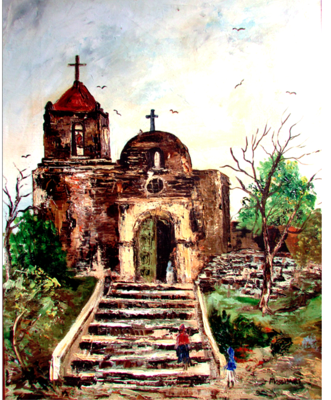