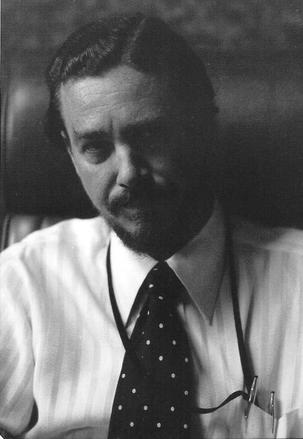 1965-1973 After Tom left the Air Force, he became a medical supply salesman with South Central Texas as his territory.  Tom said,

" It paid the bills for eight years and it taught me nothing about selling and a lot
about how not to live.  I did have the highest profit rating of any of the guys. Other
than that, being a salesman on the road, for a company that knew nothing about
teaching its salesman how to sell, is no way to work, live and raise a family. "

After providing suggestions about a company product catalog that produced more sales than any other issue, IPCO's top management offered Ray $17,000 a year to be the head of the Marketing Department.  The job required relocating from Texas to New Jersey.  He said he would go for $20,000.  They said, "No".  Later they asked Tom to leave the company. Tom said to himself,

"They actually want me to have more sales and be less interested in my big profit margins.
Thank God I am leaving this company and this lifestyle."

"It is amazing what a guy will do to pay the bills.  By the way, MARC taught me
more about selling than most any company that I have ever been associated
with.  I am thankful for the experience. I could start my work week on Thursday
afternoon and work through to noon on Friday and sell as much as the other
guys that worked all week long. If my car had not blown an engine at about 10:30
in the morning on my first day with the company, I would have set an all time
company sales record for a new salesman on his first day.  Another traveling
sales job.  Not good.  Ray became divorced in 1973.

1975 Divorced in 1973, single, living alone in a used house trailer, Tom purchased a
nightclub with a friend.  He designed the uniforms to resemble the Playboy Bunny
uniform. Tom said,

"I was divorced and had visions of grandeur.
I was going to be the next Hugh Hefner.

We were off and running. My partner ran
the business and I became an absentee
owner, still selling janitorial supplies to help
pay the bills  My partner and I did not agree
on how to run the business.  After 90 days,
we agreed that I just walk away from the
business.  I took a loss of ten grand.  In those
days, to me, that was a lot of money.  Buying
and running a nightclub!  What was I thinking?
I had never been in a nightclub. I did not drink
and never frequented a commercial pool hall.
I guess my friend was a better salesman than I.
I put up ten grand, he put up nothing.  He said,

The story of those 90 days and everything that
happened would make a great book. It was a wild
and woolly 90 day ride.

1976  Tom married Judy Martin.  She was
divorced and had three kids.  One
of her sons was good friends with
one of his.  He called her one night
and it happened to be her birthday.
He said,

"I told her we could go to a
movie an later go have a cup of
coffee.  We were married in thirty
days.  Now it has been about 39
years and it gets better every year."

Again, it is the Tom and Judy show.

"Together 39 years, I ask her if she would
go for 40.  She said she would let me know!
She did like the Church I picked to re-new
our vows.  Believe-It-or-Not, we are standing
on the dry Texas Medina Lake bottom.

"It was not a pretty picture.
That is all I am going to say.
Well, there is another book."

1977 Al Rohde Real-estate Co.
Realizing they, Tom and Judy, needed a little more stability, Tom decided
to sell commercial real-estate. He lasted about 30 days.  Tom thought he
was going to sell a twenty million dollar deal, but the guy passed.  The
prospective buyer wanted to buy a hotel for his son.Tom said,

"Hey, if it is legal, and makes money and helps people,
why not? I have done everything else. Wait, I have not
worked in a popsickle factory."

An old Medical Supply salesman buddy, Joe Ray Hogan, had turned
Professional Hypnotist. One day, he gave Tom a call and said that he
was making money hand over fist Hypnotizing people.  He invited
Ray to come to Houston and see for himself.  Ray said,

"When I went to see Joe, he asked me to sit in
on his sessions to see what was going on. I had
long hair, mustache, a beard and wore a pin-striped
suit.  I really looked the part.  I told Joe to introduce
me to his clients as the famous Hypnotist from San
Antonio. He did, and when I got back home, I told
my wife that we were going to go into the Hypnosis
business. She said, "ok."  I love that girl."

After a couple of days visiting with Joe at his office in
Houston, in two weeks, I opened an office right in the middle
of the South Texas Medical Center in San Antonio Texas.
Shortly after I opened my office, I called the newspaper
and told them I was the new Professional Hypnotist in town.
The paper gave me Sunday edition, front page coverage.
We were off and running, making like Joe said,

"I have arrived.  As long
as I can talk and continue
to help people, I can feed
my family and pay my bills."

Ray began making speeches, getting a lot of media exposure,
affecting national and international situations, political situations,
writing, publishing, advising all comers, helping people and saving
lives  Approximately ten to twelve years later, he was broke as a
church mouse and closed his office. All, having lived a life that
even Hollywood could not have made up. He even conducted
one Exorcism. Tom said,

"I had to help her. She thought she was
possessed by the Devil and she would
have died. She called and told me of her
situation and asked if we did Exorcisms.
I told her we were a full service organization.
I saved her life!

People would ask me to take them back
to what they thought was their previous life.
If they thought they were a frog, so be it.
I took them back. Hey, I have to have some
laughs. Over those ten years or so, I got
some strange request. Some were too
far out.  For those, I said I think I will pass."

During his ten years at the Medical Center, Tom says,

" I have made the most important human health, happiness and success discovery ever
for mankind and I wrote a book about it, The Puzzle Factory Syndrome.  At the time, I
really did not understand the total importance of my discovery.  I was still young."

He closed his office and concluded it was time to move on and do something different.  He did
not publish The Puzzle Factory Syndrome  until thirteen years later.  Twenty two years later, at
seventy-three years old, he starts his Mind-Body Connection Research and Education non-profit
Foundation. With the new millennium in 2000 and the loss of a 38 year old son to a car accident,

"It is now time to really go to work.  If I die without letting the world know about
my findings and discoveries in the 1980s, they may be lost forever and this
valuable information might never be brought to light and understood again. If
this happens, the entire human race will lose."
1990  Treasure Motors, a Texas bonded used camper and motor home dealership. Treasure Motors was
a one man show in Tom's backyard in the country Northwest of San Antonio.  The business paid the bills
and allowed Tom the freedom to do pretty much what he wanted to do.
To conduct the business, he had to find the used campers, buy them, get them home, rebuild them,
advertise them, re-sell them, and oftentimes, deliver them.  His best sales record was five units in
one day and 18 in one month.  Tom said,

"It would have killed any normal man and it almost killed me.  I realized I was not Superman."

1995-2003  GloTag® is a lighted name tag designed and invented by Tom, his second son Eric Ray (deceased, 2003) and Eric's friend, Steve Roberts.  They had the product produced in China.  When Eric got killed in an automobile accident, and all stock was depleted, Tom closed the business.  The product was featured in Time Magazine and was becoming quite successful.  Tom said,

"My son Eric is gone.
I have no interest.
That game is over."

2004  The search for Little Anna, a 1633 Old Master
Frans Hals oil painting.  Some scholars are calling the
painting, The Dutch Mona Lisa. Frans Hals was a
contemporary of Rembrandt.  His work commands as
much as Rembrandt's. Tom and his wife were ask to
lead the authentication project and to find out just who
was the young lady in the old Dutch painting.  In a
round-about way, Tom discovered that he had a
connection to the young lady in the painting. It took
approximately three years to authenticate the painting
and Tom wrote his second book about their findings.
Anna's Song, The Young Girl Thought To Be A
Queen Cries From The Grave.

2012  The Mind-Body Connection Research and Education Foundation
is a 501 (c)(3) non-profit organization. Realizing that he is getting older
and people are not reading his book about his findings and discoveries
from his work at his private office in the Medical Center in the 1980s,
Ray, created his foundation to teach the people of the world about the
true connection between the mind and the body.  Ray says,

"To accomplish this mission there has
to be a re-education of the Medical
Community, the media, the total
educational system, the military, private
industry. There also needs to be
information designed so that it can easily
be taught in the home. I created this


non-profit foundation to support my
mission.  This must be the mission
of all man-kind."

Ray's plan is to one day see The Mind-Body Connection
University teach the information about his discoveries,
continue his work and expand on the research he has
already done.  Presently, he has made available, free
on the web, his book, The Puzzle Factory Syndrome.
The book gives a simple understanding of his discoveries.
His information will be created in a format that will be
acceptable to all, the medical schools, the military, industry,
all levels of education, the media and most of all designed
and formatted for home use.   He says,

"We need a better way to get my findings out to the public than just having a
book on the shelves collecting dust.  Every man, woman, and child needs to
be taught and to understand and use the truth about how the mind works
with the body.  I discovered the other half of the human health, happiness
and success code.  Everyone must play a part.  We are all in this together." 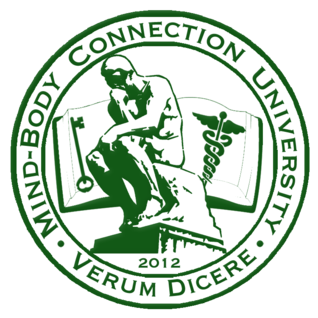 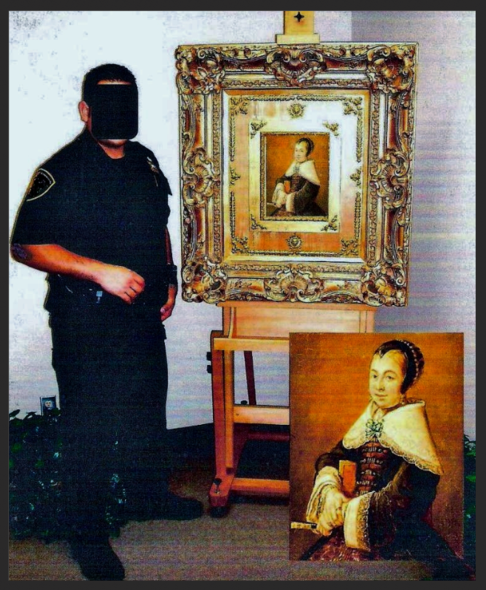 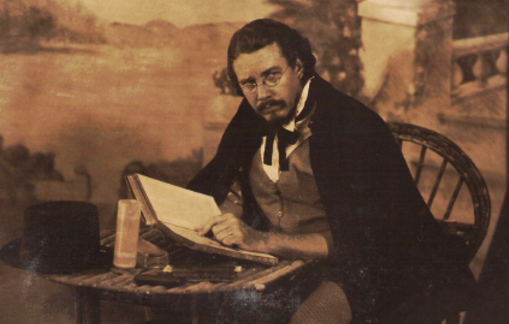 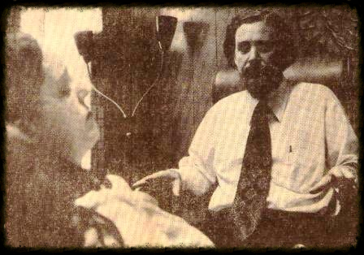 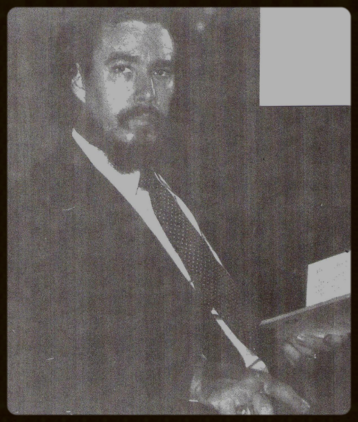 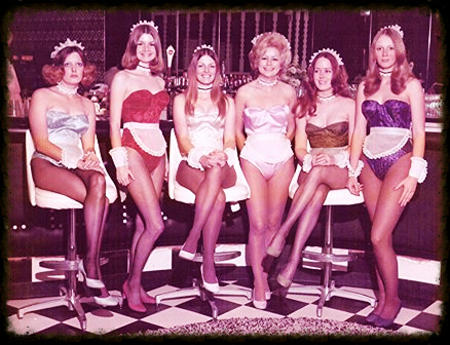 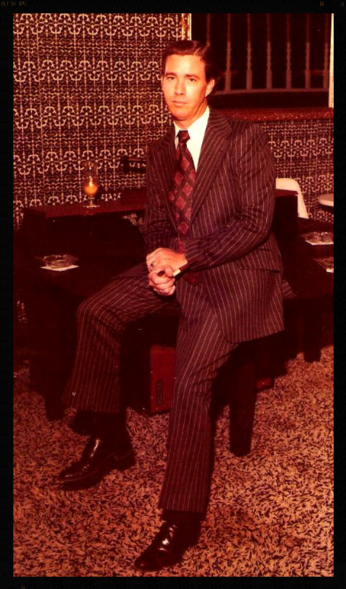